Do you know of Ronnie Coleman? Perhaps the greatest bodybuilder of all time, an 8-time Mr. Olympia winner, a champion among champions. It’s near-impossible to describe how amazing a phenom he was. Perhaps the best way is through analogy: Ronnie is to bodybuilding what Roger Federer, Sachin Tendulkar, Michael Jordan, Serena Williams, Michael Schumacher, Ronnie Williams, or Lionel Messi are to their sports. I grew up idolizing him in my teens.

To see how far ahead he is of our popular conception of bodybuilding, compare him to Arnold at their respective primes: Which brings me to the documentary “Ronnie Coleman: The King” on Netflix, which I watched today. The man you see in the pictures from 2003 above… cannot walk without crutches in 2018. 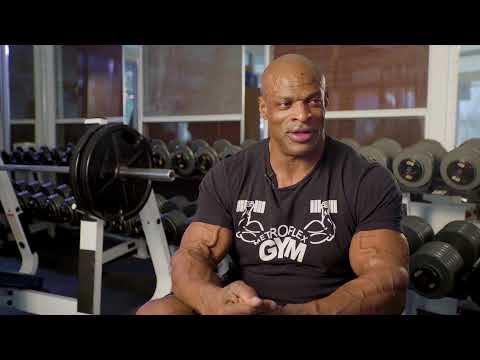 Watching the documentary, I felt terrible sadnesss yet immense respect for this incredible champion. Among the heroes of my youth, only Michael Schumacher is in a worse situation currently. But Michael’s injury was due to a freak skiing accident. Ronnie’s current health is a direct result of the stresses he put on his body to achieve greatness.

Shocked and saddened by this reality, I searched more about how Ronnie’s health issues came about. And found an interview titled “No Regrets”. It references a social media post Ronnie made before one of his surgeries:

“Getting in my last workout before my surgery tomorrow. Never take life for granted, Never. Training is my life, my hobby, it’s who I am, and it represents me. If this was my last workout and I’m never ever able to train again because God called me home, I can say my life was fulfilled because I did it doing what I always love doing the most, Training. Thanks to all people in the world all over the world who wished me luck for tomorrow especially my frat brothers current Mr. Olympia @philheath and current 212 Mr. Olympia Flex Lewis. The way I see it, I went to war all eight of those years I won those Olympia’s. These surgeries are just proof of the war wounds I suffered so it’s all good because I’m still alive. @rcssdirector once told me one day because I was in so much pain that I needed to slow my ass down and see a Dr. I replied to him that I was gonna roll with this pain until the wheels roll off and that’s exactly what I did, made all my appearances until there was absolutely no cartilage left in my hips, and when it was impossible to walk I grabbed some sticks and on long distances I grabbed me a chair. There’s no quit in a winner, winners never quit because quitters never win and that’s what’s up. I’m officially on my long road to recovery. I love all my family, fans, and friends and I wouldn’t exist without you guys.”

Maybe it was meant to be inspirational. The magazine writer certainly tries to spin all this suffering as “worth it because that’s what it takes to be The Greatest” (has to - it’s a fitness magazine.) But I don’t buy it. It struck me as incredibly sad.

It reminded me of watching The Wrestler. To quote Roger Ebert’s brilliant review:

“The Wrestler” is about a man who can do one thing well, and keeps on doing it because of need, weary skill, and pride.

Might as well have been about Ronnie. It also reminded me of Black Swan; in particular some scenes depicting the physical toll ballet takes on its performers:

Several camera shots focus on Nina’s battered feet. We watch as she attends to black, broken and bleeding toenails. (The overall effect depicts ballet as an art form that requires something like self-torture and mutilation in order to perform it.)

As a professional, I very much aspire to NOT be the Greatest of All Time if that’s the kind of sacrifice it takes. Early in my consulting career I noticed that most of the partners in Big Four consultancies were either divorced, or never married, or never had kids, or waited to have kids until they made partner, or had spouses who had to give up their career… in short, they put everything outside their career on the back burner. I, on the other hand, aspire to Avdi Grimm’s Moderately Enthusiastic Programmer - highly professional, highly skilled, but not singularly focused on work at the expense of life. Sure, work takes a toll, but to wear that toll like a badge of pride doesn’t appeal to me.

To me, what matters in life is family. (p.s. Forgive me, the frailty of life is weighing heavy on my mind these days. This is me trying to figure out my priorities and feelings through writing.)

« Bottle Caps You want a square wheel? We can do that. »