Active listening is crucial for connecting with another person. To understand, to have empathy, you must first truly listen to them. The key roadblock is ego - our need to appear smart, to assert our viewpoint, to be the “problem solver”. Today I’d like to share a mental exercise that helps me control that inclination.

Have you seen that classic video “It’s not about the nail” yet? 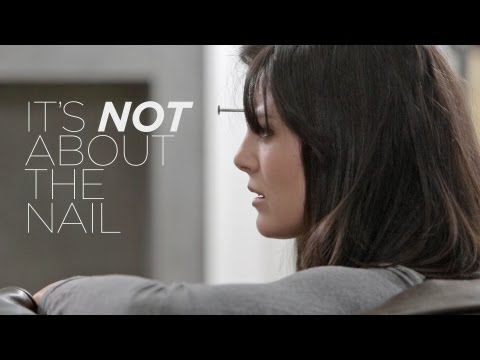 It’s a great sketch on interpersonal conflict. You may find even similarities with your own life.

When I first saw this, I laughed - because I empathized with the guy. If only she listened to him! If only she could see his point of view, her problem would be solved in an instant! But no, because she’s just looking for a sympathetic ear, because she’s not listening to him, he has to suppress his instincts and patiently “listen”. And her pain persists.

A lot of self-help literature online also prescribes to the guy’s viewpoint.

It wasn’t until much, much later that the thought struck me: What if there is no nail?

What if she was right all along? What if the guy was so totally fixated on the nail that he couldn’t see reality? What if she was describing a different problem, but he had already jumped to a conclusion (“the nail is the problem”) and now was incapable of hearing or seeing anything else?

Me: What if there is no nail?

You: Don’t be silly, Vishal. Of course there is a nail! It was right there on her forehead!

Me: But what if we’re wrong?

You: Did you not see the video? It’s. Right. There. What are you smoking?!

Remember John Nash in A Beautiful Mind? (spoiler alert) He’s so convinced of his own brilliance that he never questions the patterns he “sees”: Of course, his world comes crashing down when he realizes these patterns were not real: Eventually, he reconciles with the fact that they are indeed figments of his own imagination, and they will “never be gone”. But in that humility, he finds wisdom and happiness. And finally connects with others. What I’m trying to say is… there is a huge difference between this attitude:

“I know the answer, but because she’s in a venting mood, I’m gonna have to shut up and listen. I am still right, though.”

“I think I know an answer, but I could be totally misunderstanding the situation, or missing some key elements. So I’m going to shut up and listen, to really understand first.”

True understanding, true empathy comes from the latter. It’s not about suppressing your instinct to blurt out the answer (because deep down, you’re still not listening, you’re just waiting for the right moment to blurt out what you have already decided is the answer). It’s about suppressing the notion that your initial knee-jerk judgment was the right one - and letting your understanding grow.

Remember: it’s never about the nail.